Governors Island will reopen to the public spring, 2021 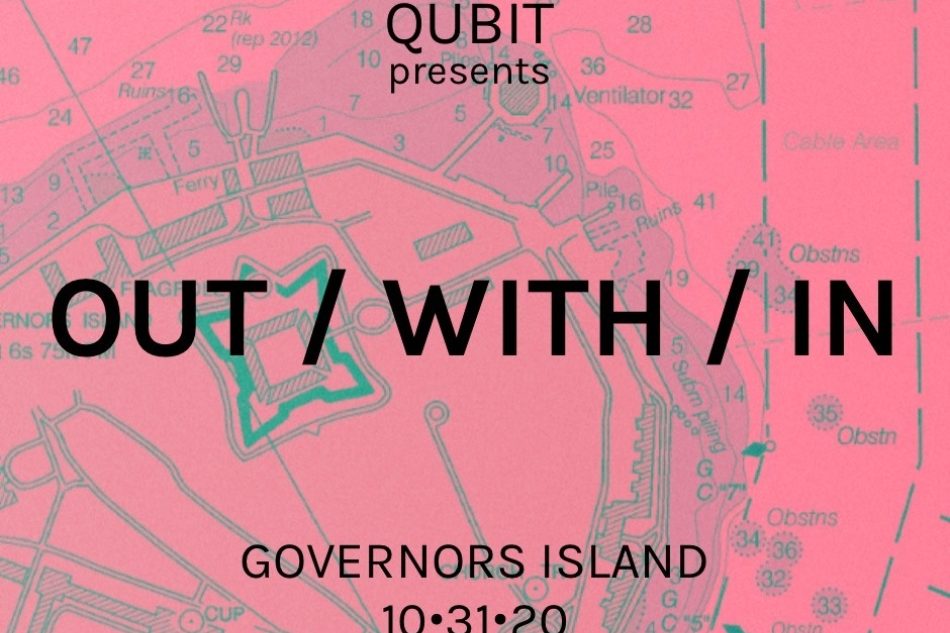 Out/With/In is a day-long experience where the psychological disorientation of the pandemic is applied to instrumental and environmental sound, deliriously blurring the lines between audience and performer, concert and installation, sound and space. A sonic happening that situates social distancing at the heart of the musical experience as opposed to a necessary condition of being together publicly, Out/With/In does more than just take music outdoors, it brings the outdoors into music itself.

Performers enacting Marina Rosenfeld’s “Self-Portrait/Self-Portrait with Material” will be dispersed throughout Governors Island starting at 11:15am. The work’s duration is open.

Marina Rosenfeld’s “Self-Portrait / Self-Portrait with Material” (2010) is an event score for ‘15-35 megaphonists in a landscape.’ The 2020 version will be mounted in collaboration with Black Beuys, the activist collective started by Tracey Ryans aka Black Beuys, founding member of the Wide Awakes, and with Annie Seaton/YAMS Collective.

Alec Hall’s “Yardwork” fuses concert instruments—trombone and percussion—with classic landscaping tools: lawnmowers and hedge trimmers and leaf blowers. The result is a compelling and comic interaction between abstract instrumental forces and mechanistic landscaping ones. A slow-moving ballet of a kind emerges as the yard workers move their machines in composed geometrical patterns, moving inward toward the center of the Parade Ground and back out again, as the performers respond to the subtle changes and rhythms of the motors and blades in motion.

David Bird’s “Tether” is written for four spatialized percussionists. In the work, each percussionist is located at a corner of Nolan Park. The musicians will perform together from afar, while attendees explore the space between them; encountering patterns in constant flux as the drumming activates the physical surroundings of the Park.

Sarah Hennies will perform a work for solo vibraphone underneath the Liggett Terrace archway, using her distinct musical voice to explore the unique acoustics of the space. Her remarkable talent in weaving long-duration minimalist textures into large-scale structures will be the perfect way to excite the acoustics of the arch, as well as developing a responsive and evolving musical installation.

OUT/WITH/IN is made possible by the New York State Council on the Arts with the support of Governor Andrew M. Cuomo and the New York State Legislature. This event is sponsored by Harvestworks Digital Media Arts Center, and Qubit New Music.

Getting to Nolan Park